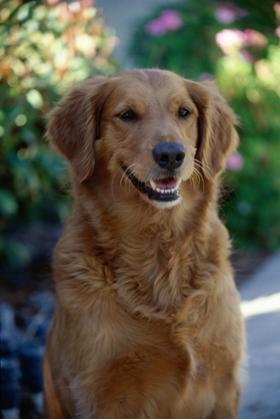 What is a seizure? Seizure, convulsion, fit, epilepsy. Usually, the uncontrolled firing of neurons spreads from the brain throughout the body, causing generalized convulsions. A seizure is not always easy to recognize, and no two look exactly alike. The typical seizure, however, might proceed as follows:

What causes seizures? The normal brain exists in a constantly changing state of balance between excitatory and inhibitory bioelectrical impulses. At a certain threshold point, excitatory activity can overwhelm inhibitory influences and a seizure can result. How far away any given animal is from this point, called a "seizure threshold," is influenced by several factors, including disease, trauma, genetics, toxins, and factors yet to be discovered. In other words, whether or not an individual dog has a seizure in response to a given stimulus depends on an individual seizure threshold.

The Easing Paw approach is designed to keep the spirit up, producing more stamina, allowing animals to eat better and be more active. It helps to eliminate signs of depression, produce a stable immune system so the the body can fight harder against all diseases or problems, and allow animals to be more active and act like themselves. It especially helps with extending the time between seizures.

We service Monrovia, Pasadena, Los Angeles, Hollywood, La Canada Flintridge and surrounding areas. Don't see your area on the list? Give us a call and ask!