My Daughter’s horse was having a hard time walking and we could see he was uncomfortable. We did some diagnostic and decided his back was injured. Our Barn Manger had learned about Healing touch for animals® and we decided to have Annett come and work on Holiday. We were so excited after 3 weeks of Healing Touch, Holiday was much more comfortable and his back was not sore. We thank you! 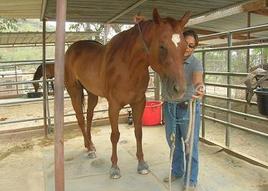 Linus, a 14 year old thoroughbred and Freija a 10 year old Anglo-Arab were moved from Chatsworth to the Encanto Equestrian Center in Duarte, CA.

The move caused Linus to come down with several health issues. I needed desperately to find some help for him. He would not eat and he seemed quite depressed. He was on additional feed plus supplements but his weight did not increase. He also seemed to be chronically lame in his legs at different times and nothing seemed to help.
I was very concerned about his health. Cindy Wood, an Animal communicator recommended Annette from “Easingpaw” to me. Annette began some intense Therapy and specifically “Healing Touch for Animals®”. It was amazing how Linus changed after only 5 sessions. He has gained weight, looks better, seems happier and I have started riding him again since his leg issues are improving.

Pedro, an Argentinean Thoroughbred was imported from Argentina to the USA. I took him on as a project in a lease situation 18 months ago. He was both emotionally and physically in bad shape, as he was in a sale barn for 6 months and evidently they pretty much ignored him. He was depressed, underweight, very fearful and did not show much of a personality. After Healing Touch for Animals® (HTA) sessions with Annette he started to change; he is now a confident (not depressed) horse. His personality has blossomed and he screams when he sees me each day. He was a bit difficult to deal with and now he is so much better. His physical appearance is great, he has gained weight, due to HTA, which increased his appetite and he is now much happier and more calm.

I’m glad when Annette showed and asked if she could work on Pedro.

I contracted Annette to work with my 25 year old Arab Jamal. He was becoming mopey, dull eyed and depressed. He was in good health and weight and was eating. But was just dull.

Annette worked on him three weeks, once a week and he was like his old self. Bright and animated in nature. After his first treatment he became relaxed and seemed to enjoy the energy work. He sighed and licked and was responding positively. Each time he became a bit more outgoing.

He’s now his old pushy and demanding self at feeding time, even doing his kicking and bucking at breakfast time. 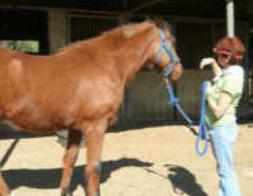 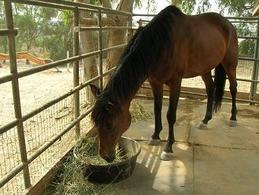 Freija, the Anglo-Arab had chronic back soreness, a lack of confidence, fearful and never relaxed.

After only 5 weeks of “Healing Touch for Animals®” Freija is improving significantly. She is more comfortable, her back has improved dramatically and she is beginning to show some confidence. Both horses are getting weekly treatments from HTA. We attribute their improved health and positive changes due to this therapy. Annette has made a huge change in their lives and ours. 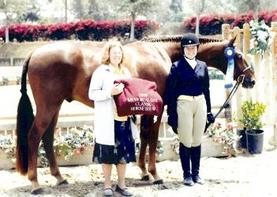 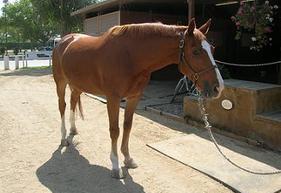